My issues with the MediaFire desktop app

MediaFire (read about me on wikipedia) is a file hosting, file synchronization, and cloud storage service. MediaFire was first founded in 2006 but in 2014 it did something that really caught my eye. They increased their baseline storage service from 100GB to 1TB and reduced the price down to just $2.50 a month.

With the price beating every other easy to use cloud storage service out there I jumped on the deal (which was even cheaper when committing to a whole year) and started using it for my backups and data archives.

There are many features that MediaFire has to offer that I do not really making any use of, for example the sharing of files, dropbox style syncing between devices and mobile apps. I simply want somewhere to dump files that I am unlikely to look at or need in the near future.

Now as expressed in the title of this article none of my issues are with the MediaFire service itself, simply with the desktop (Windows) client. 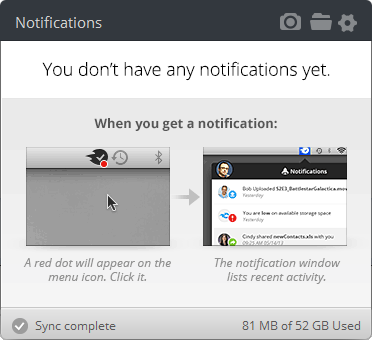 As outlined in my post about strict comparisons the first issue that I had with MediaFire was that the desktop sync client did not upload any directories that simply had a name of ‘0’.

Clogging up the network

The most annoying issue that happens whenever I am syncing files using the desktop client is that the sessions used for syncing seem to clog my network and bring every other request from every other device on my network to a standstill.

Often when leaving the client running for a period of a few hours it will repeatedly crash out and restart. Now I imagine this is just due to a buggy rushed client that I would hope is improving with the crash report from every crash! A funny side effect of this crashing is that sometimes I can return to my machine with 10+ MediaFire tray icons taking up a large portion of my task bar.

No file by file sync status

The only sync status that the client gives you is a total of the number of files that are currently still syncing. There is no indication of what these files are, or what files are currently syncing, or what has just synced. There is however a big space for notifications……. YAY!…

Anyway, enough of my ranting for now, I do love the service as a whole and hopefully more time will improve the desktop sync client!

Lucky for me moving providers is a relevantly easy task should something better pop up!