In 2013 and 2014 I made a few presentations to various groups of people talking about Wikidata.

When creating those presentations I used as many graphical representations of the data in Wikidata as possible to try and give people an clearer picture of what is already stored.

One of the best visualisations at the time was the Wikidata map created by Denny Vrandečić which came after the introduction of coordinate locations to Wikidata.

Below you can see a GIF showing the additions of the coordinate location property to Wikidata items over roughly the first 40 days of enabling the coordinates data type.

By Denny Vrandecic and Lydia Pintscher (Own work) [CC0], via Wikimedia Commons

Below are some of the images that I extracted from the full map for use in my presentations. Although they are now quite outdated they are still great to look at!

Full map with all relations

The below image is a copy of the map as it initially opened. There are individual orange dots representing items that have a coordinate location. The lines between these dots represent links between the items, for example one city being twin city with another (green).

This map is a tiny portion of the map above, it is focused on Montreal and shows the links between adjacent stations which starts to draw out an accurate train line map. 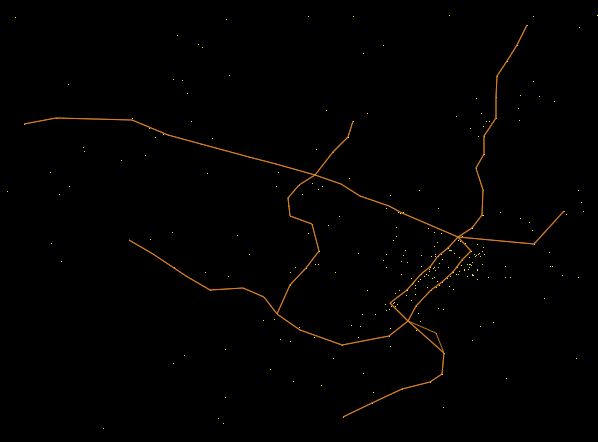 This map shows the links between river mouths and the oceans or bodies of water that they flow into using the mouth of the watercourse property. 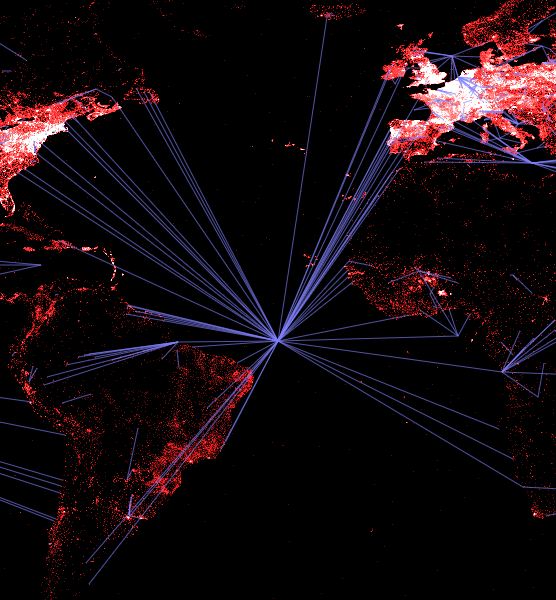 Things that are in the UK

This map shows the items linking to the country that they are contained within using the country property. You can clearly see here that there is more country inflammation in England, Scotland and Wales than there is in Ireland.

The map below shows the subdivisions of Poland linking to their parent subdivision. I can not remember the property that was used to create this map but it is still a great map to look at.

All of the above map images were created using a tool which is now out of date, but you’ll probably find the below links useful:

More Wikidata visualisations can be found in the Wikimedia Commons Category.