I has been another 5 months since my last post about the Wikidata maps, and again some areas of the world have lit up. Since my last post at least 9 noticeable areas have appeared with many new items containing coordinate locations. These include Afghanistan, Angola, Bosnia & Herzegovina, Burundi, Lebanon, Lithuania, Macedonia, South Sudan and Syria.

The difference map below was generated using Resemble.js. The pink areas show areas of difference between the two maps from April and October 2016. 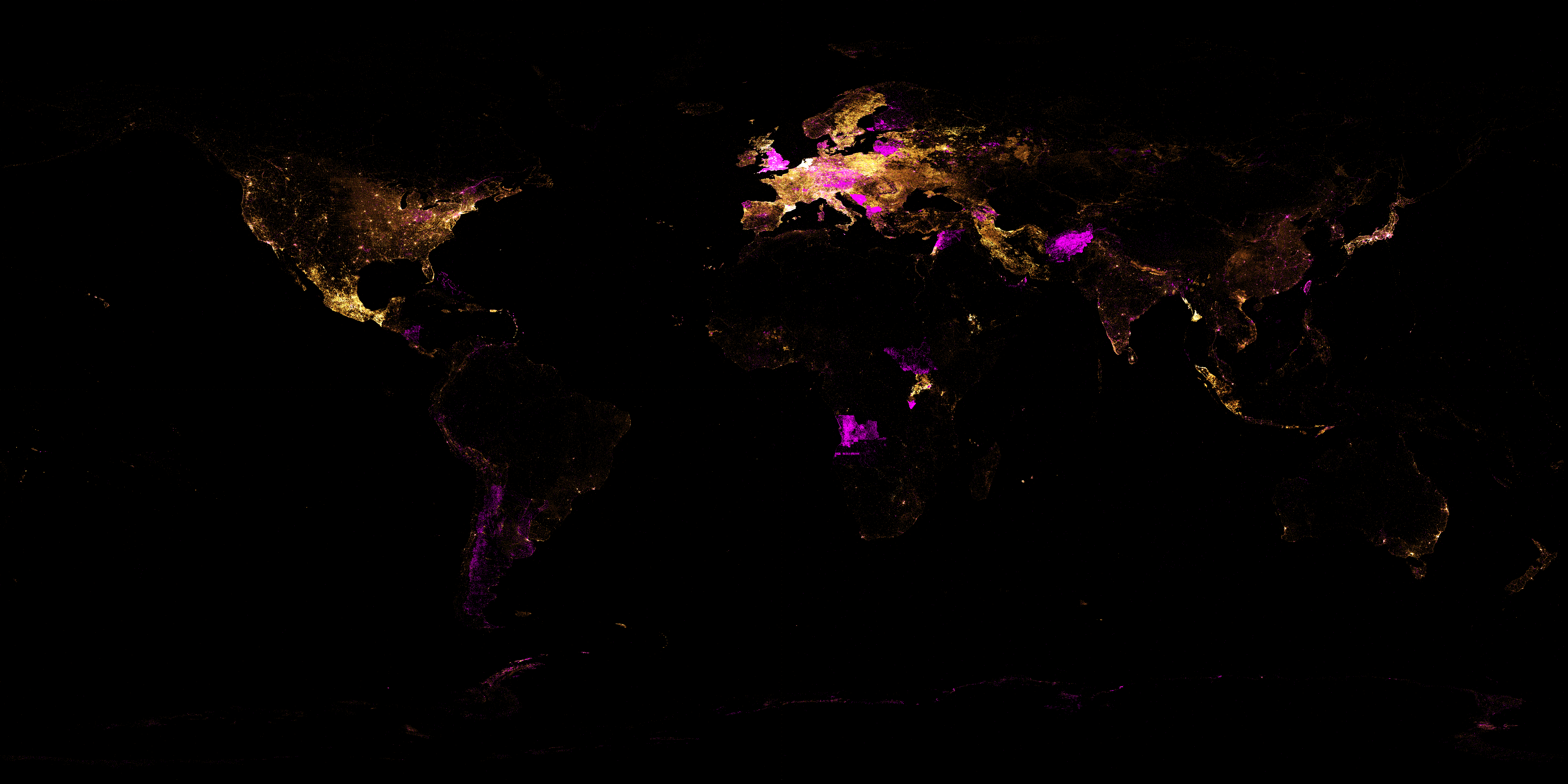 Who caused the additions?

To work out what items exist in the areas that have a large amount of change the Wikidata query service can be used. I adapted a simple SPARQL query to show the items within a radius of the centre of each area of increase. For example Afghanistan used the following query:

The query can be see running here and above. The items can then directly be clicked on, the history loaded.

The individual edits that added the coordinates can easily be spotted.

Of course this could also be done using a script following roughly the same process.

The October 2016 maps can be found on commons:

I have given the ‘Wikidata Analysis’ tool a speedy reboot over the past weeks and generated many maps for may old dumps that are not currently on Wikimedia Commons.

The tool now contains a collection of date stamp directories which contain the data generated by the Java dump scanning tool as well ad the images that are then generated from that data using a Python script.