It’s been 9 months since my last Wikidata map update and once again we have many new noticable areas appearing, including Norway, South Africa, Peru and New Zealand to name but a few.  As with the last map generation post I once again created a diff image so that the areas of change are easily identifiable comparing the data from July 2017 with that from my last post on October 2016. 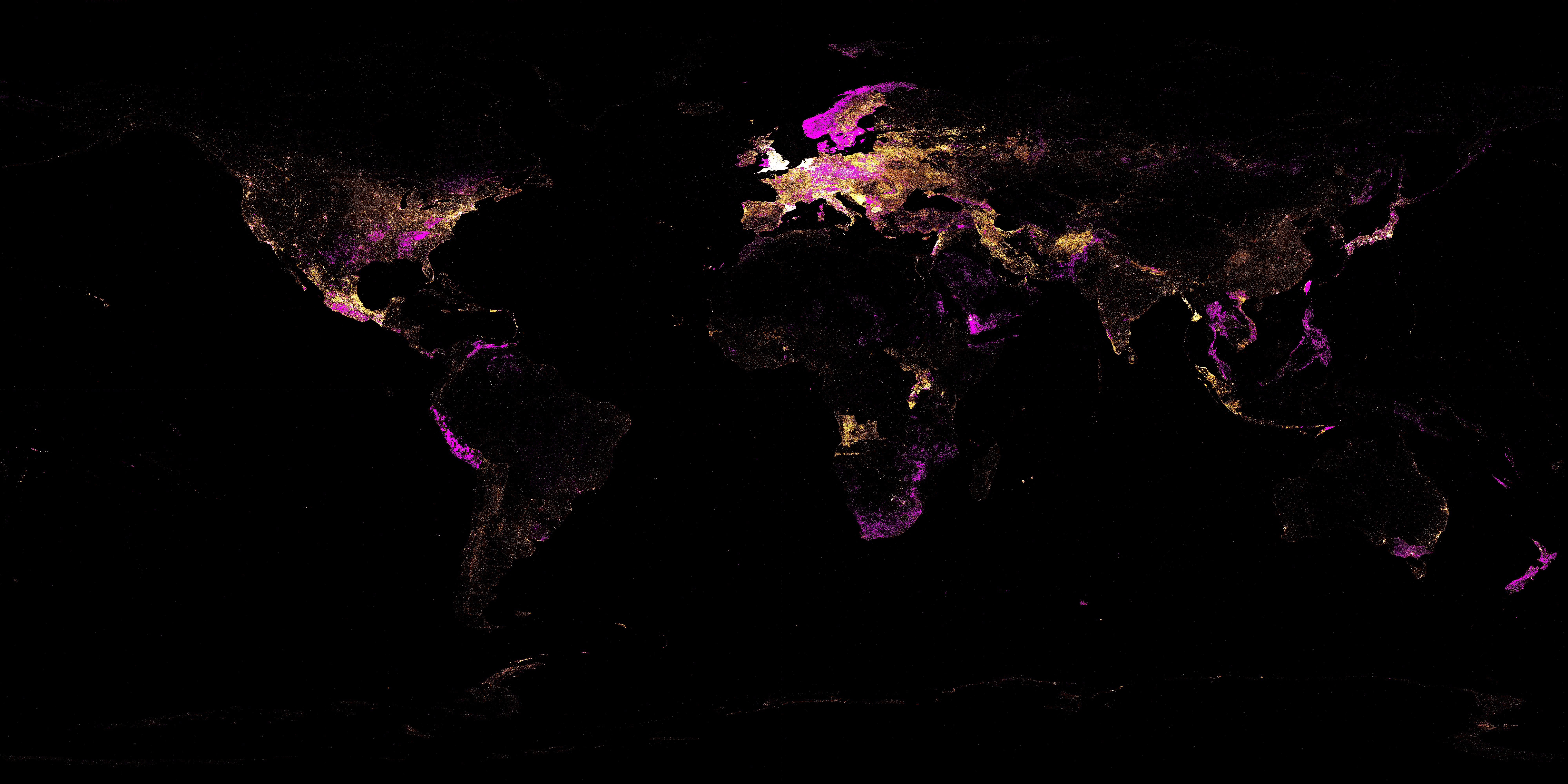 The various sizes of the generated maps can be found on Wikimedia Commons:

If you want to have a shot at figuring out the cause of the increases in specific areas then take a look at my method described in the last post using the Wikidata Query Service.

I haven’t included the names of those that discovered reasons for areas of increase above, but if you find your discovery here and want credit just ask!