I’m writing this post in the hope that someone making the same journey will find it somewhat useful. We were a bit uncertain how our journey was going to pan out, but it ended up working pretty well.

If you want to know what we ended up doing, skip the “Initial research” section, and head straight to “The journey”.

We inquired about the prices of shuttles from our hostel and received 2 prices. The first was $100 per person which would only get us to the boarder. The second for $70 per person that would get us all the way to Granada. These options were both over budget, so a shuttle was a no go.

The hostel also provided us with some bus options, both leaving from the bus stop / station in the center of the town (Google maps). 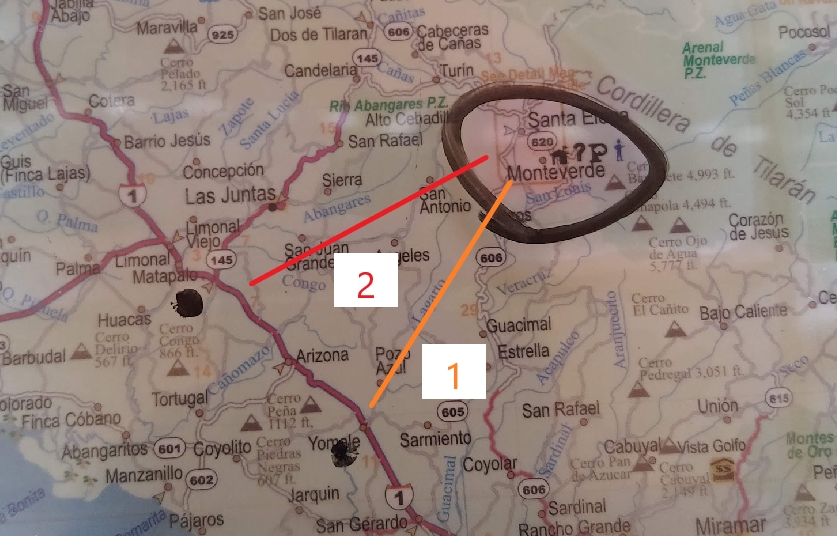 There were also options later in the day, but we wanted to get going as early as possible.

Some posts and comments online mentioned other bus times that our hostel and the bus operators did not seem to know about, so be careful to confirm what you read.

Tica Bus gives you the option to reserve / book online at least 1 day in advance. I never really figured out the websites of the other 2 services.

All of these services will run along the Inter American Highway (Route 1). You may or may not be able to flag one down anywhere along the route (we did, keep reading).

If you’re trying to flag them down it might be worth familiarizing yourself with what the buses look like online first, they can pass you by pretty quickly otherwise.

The journey ended up being relatively stress free even with nothing booked in advance. Perhaps luck was on our side?

We were planning on booking the Tica Bus online once at La Irma, but then realized that bookings had to be a day in advance.

Getting up at 03:30 we packed up and headed to the bus stop arriving just after 04:00. There we sat in the car park waiting for the bus to arrive after checking with the security guard of the shopping complex that we were in the right place.

The bus stopped a few times along the way becoming almost half full, before emptying again a few stops before La Irma, where we arrived at 06:20

We ended up sat at the bus stop for nearly 2 hours, which was part of our vague plan. We were waiting for the Tica Bus that departs San Jose at 06:00, which should pass by La Irma between 08:00 and 09:00, but we ended up getting on something earlier.

If you also end up waiting here for a while then there is a free toilet across the road on the left side of the fuel station. 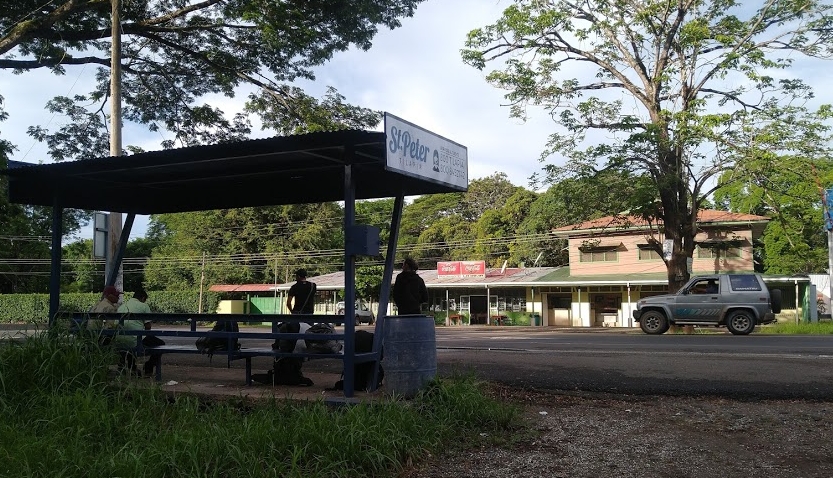 The first bus to pass us after being at the stop for 10 minutes was a local bus to Liberia, which it may have made sense to get on as it is on the route of many of the inter country buses and local buses. However this wasn’t in the plan, and while trying to figure out if it made sense the bus drove off.

Next a Central Line bus drove past us while we were trying to flag them down. Not sure if they were full? Didn’t see us? Didn’t care? Or just generally don’t stop at random stops.

Finally a Nica Bus drove past and pulled in for us. We checked that it was heading to Grenada and hopped on board.

The Nica bus cost us 28USD each for the bus itself, and here we also paid 23 USD for the boarder entry and exit fees. The exit fee is only 7USD and entry 10USD so the conductor got 6USD from each of us for the service.

The Tica bus arrived at the boarder crossing at around 11:05 (there was a crash on the road on route that likely delayed us by 15-30 minutes).

There was no queue to exit Costa Rica, only the people there were on our Bus. Passport stamping only took a few seconds once at the front of the line, then we got back on the bus to drive toward the Nicaraguan checks. At this point we left our passports and one of our paper forms (for entry) with the bus conductor.

The bus continued down the road for a few hundred meters before reaching the rather chaotic Nicaragua entrance.

Everyone got off the bus with all of their belongings and entry form (but no passport). There were lots of people offering money exchange and selling food and trinkets, so prepare to be a bit bombarded! We entered the building, walked straight past a set of desks to an x-ray machine for our bags. Here they took our entry paper, our bags took a quick trip through the x-ray machine and then we walked back around the outside of the building to the bus.

Here we waited for our passports to re appear with someone that worked at the boarder, where they were handed back to us as we got back on the bus. I guess this is where they check your documents against your appearance, although they have already given the stamp and visa at this point.

Entering Nicaragua took us roughly 35 minutes. We did not need any proof of onward travel, but did have to write down where we would be staying on the entry forms.

The rest of the travel was pain free, the bus stopped in Grenada at around 13:45 at the intersection of Calle Elena Arellano and Calle Arroyo Carita (Google maps).

From there we just walked to our Hostel. You can also get taxis to anywhere in the town for roughly 0.50 USD per person (15 NIO currently).

While sat at the La Irma bus stop I found a very good blog post talking about going from Monteverde to Nicaragua. It was part of my inspiration for writing this post.

The Tica Bus route that we were aiming for. It seems to split in 2, I’m not sure which buses take which route.

Local bus times, if you can decode them.

A trip advisor post talking about getting a bus back to San Jose and possible getting off along the main road to catch one of the inter country buses.