World events often have a dramatic impact on online services. A past example would be the death of Michael Jackson which brought down Twitter and Wikipedia and made Google believe that they were under attack according to the BBC.

Events like the COVID-19 (Coronavirus) pandemic have less instantaneous affect but trends can still be seen to change. Cloudflare recently posted about some of the internet wide traffic changes due to the pandemic and various government announcements, quarantines and lockdowns.

Currently the main English Wikipedia article for the COVID-19 pandemic is receiving roughly 1.2 million page views per day (14 per second). This article has already gone through 4 different names over the past months, and the pageview rate continues to climb.

END_OF_DOCUMENT_TOKEN_TO_BE_REPLACED

Over the years diagrams have appeared in a variety of forms covering various areas of the architecture of Wikidata. Now, as the current tech lead for Wikidata it is my turn.

Wikidata has slowly become a more and more complex system, including multiple extensions, services and storage backends. Those of us that work with it on a day to day basis have a pretty good idea of the full system, but it can be challenging for others to get up to speed. Hence, diagrams!

All diagrams can currently be found on Wikimedia Commons using this search, and are released under CC-BY-SA 4.0. The layout of the diagrams with extra whitespace is intended to allow easy comparison of diagrams that feature the same elements.

This overview shows the Wikidata website, running Mediawiki with the Wikibase extension in the left blue box. Various other extensions are also run such as WikibaseLexeme, WikibaseQualityConstraints, and PropertySuggester.

Wikidata is accessed through a Varnish caching and load balancing layer provided by the WMF. Users, tools and any 3rd parties interact with Wikidata through this layer.

Off to the right are various other external services provided by the WMF. Hadoop, Hive, Ooozie and Spark make up part of the WMF analytics cluster for creating pageview datasets. Graphite and Grafana provide live monitoring. There are many other general WMF services that are not listed in the diagram.

Finally we have our semi persistent and persistent storages which are used directly by Mediawiki and Wikibase. These include Memcached and Redis for caching, SQL(mariadb) for primary meta data, Blazegraph for triples, Swift for files and ElasticSearch for search indexing.

END_OF_DOCUMENT_TOKEN_TO_BE_REPLACED

The title is a little wordy, but I hope you get the gist. I just spent 10 minutes staring at some data on a Grafana dashboard, comparing it with some other data, and finding the numbers didn’t add up. Here is the story in case it catches you out.

The dashboard in question is the Wikidata Edits dashboard hosted on the Wikimedia Grafana instance that is public for all to see. The top of the dashboard features a panel that shows the total number of edits on Wikidata in the past 7 days. The rest of the dashboard breaks these edits down further, including another general edits panel on the left of the second row.

END_OF_DOCUMENT_TOKEN_TO_BE_REPLACED

Hue, or Hadoop User Experience is described by its documentation pages as “a Web application that enables you to easily interact with an Hadoop cluster”.

The Wikimedia Foundation has a Hue frontend for their Hadoop cluster, which contains various datasets including web requests, API usage and the MediaWiki edit history for all hosted sites. The install can be accessed at https://hue.wikimedia.org/ using Wikimedia LDAP for authentication.

Once logged in Hue can be used to write Hive queries with syntax highlighting, auto suggestions and formatting, as well as allowing users to save queries with names and descriptions, run queries from the browser and watch hadoop job execution state.

MediaWiki has a maxlag API parameter that can be passed alongside API requests in order to cause errors / stop writes from happening when the DB servers are lagging behind the master. Within MediaWiki this lag can also be raised when the JobQueue is very full. Recently Wikibase introduced the ability to raise this lag when the Dispatching of changes to client projects is also lagged behind. In order to see how effective this will be, we can take a look at previous API calls.

END_OF_DOCUMENT_TOKEN_TO_BE_REPLACED

The Wikimedia Server Admin Log or SAL for short is a timestamped log of actions performed on the Wikimedia cluster by users such as roots and deployers. The log is stored on the WikiTech Wikimedia project and can be found at the following URL: https://wikitech.wikimedia.org/wiki/Server_Admin_Log

As well as the main cluster SAL there are also logs for release engineering (jenkins, zuul, and other CI things) and individual logs for each project that uses Wikimedia Cloud VPS.

A tool has been created for easy SAL navigation which can be found at https://tools.wmflabs.org/sal

Each SAL can be selected at the top of the tool, with ‘Other’ providing you with a list of all Cloud VPS SALs.

The search and date filters can then be used to find entries throughout history.

END_OF_DOCUMENT_TOKEN_TO_BE_REPLACED

This is an internal WMDE presentation made to introduce people to the land of Wikimedia CI, MediaWiki deployment and config changes.

From 0 to Kubernetes cluster with Ingress on custom VMs

While working on a new Mediawiki project, and trying to setup a Kubernetes cluster on Wikimedia Cloud VPS to run it on, I hit a couple of snags. These were mainly to do with ingress into the cluster through a single static IP address and some sort of load balancer, which is usually provided by your cloud provider. I faffed around with various NodePort things, custom load balancer setups and ingress configurations before finally getting to a solution that worked for me using ingress and a traefik load balancer.

Below you’ll find my walk through, which works on Wikimedia Cloud VPS. Cloud VPS is an openstack powered public cloud solution. The walkthrough should also work for any other VPS host or a bare metal setup with few or no alterations.

END_OF_DOCUMENT_TOKEN_TO_BE_REPLACED

This is a belated post about the Wikibase docker images that I recently created for the Wikidata 5th birthday. You can find the various images on docker hub and matching Dockerfiles on github. These images combined allow you to quickly create docker containers for Wikibase backed by MySQL and with a SPARQL query service running alongside updating live from the Wikibase install.

A setup was demoed at the first Wikidatacon event in Berlin on the 29th of October 2017 and can be seen at roughly 41:10 in the demo of presents video which can be seen below.

END_OF_DOCUMENT_TOKEN_TO_BE_REPLACED

The code shown can be found @ https://github.com/addshore/mediawiki-docker-dev 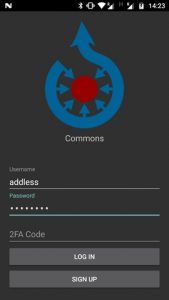 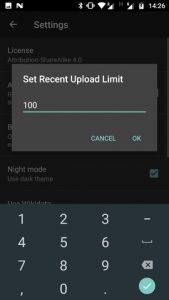 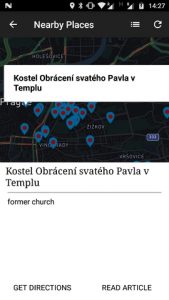 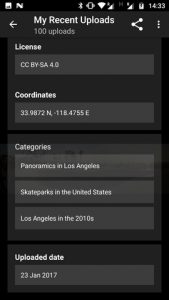 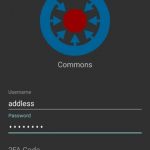 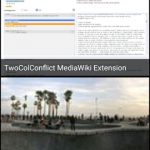 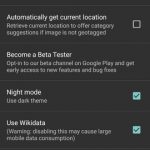 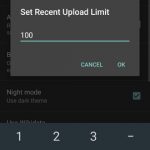 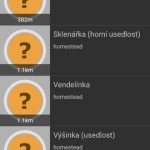 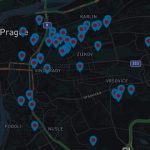 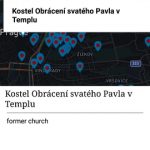 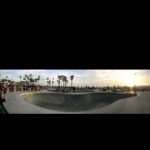 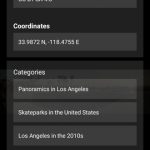 « Older posts
Buy me a coffee