As with last year the event took place in the Mission Bay Center, San Francisco, California. The event was slightly earlier this year, positioned at the beginning of January instead of the end. The event format changed slightly compared with the previous year and also included a 3rd day of general discussion and hacking in the WMF offices. Many thanks to everyone that helped to organise the event!

I have an extremely long list of things todo that spawned from discussions at the summit, but as a summary of what happened below are some of the more notable scheduled discussion moments:

Apparently this may mostly be complete in the next 6 months? Or at least migration will be well on the way. The Differential workflow is rather different to that which we have be forced into using with Gerrit. Personally I think the change will be a good one, and I also can not wait to be rid of git-review!

There was lots of discussion during this session, although lots of things were repeated that have previously been said at other events. Toward the end of the session it was again proposed that a Mediawiki Foundation of some description might be the right way to go and it looks as if this might start moving forward in the next months / year (see the notes).

Over the past years Mediawiki core development has been rather disjointed due to the WMF assigning a core team, dissolving said core team and thus responsibilities have been scattered and generally unknown. Having a single organization to concentrate on the software, covering use cases the WMF doesn’t care about could be a great step forward to Mediawiki.

The notes for this session can be found here and covered many RFCs such as multi-content revisions, balanced templates and general evolution of content format. Lots of super interesting things discussed here and all pushing Mediawiki in the right direction (in my opinion).

T113210 – How should Wikimedia software support non-Wikimedia deployments of its software?

Notes can be found here. Interesting points include:

Lots of cool stuff is going to be happening with DOIs and Wikidata! (Well more than just DOIs, but DOIs to start). Watch this space! 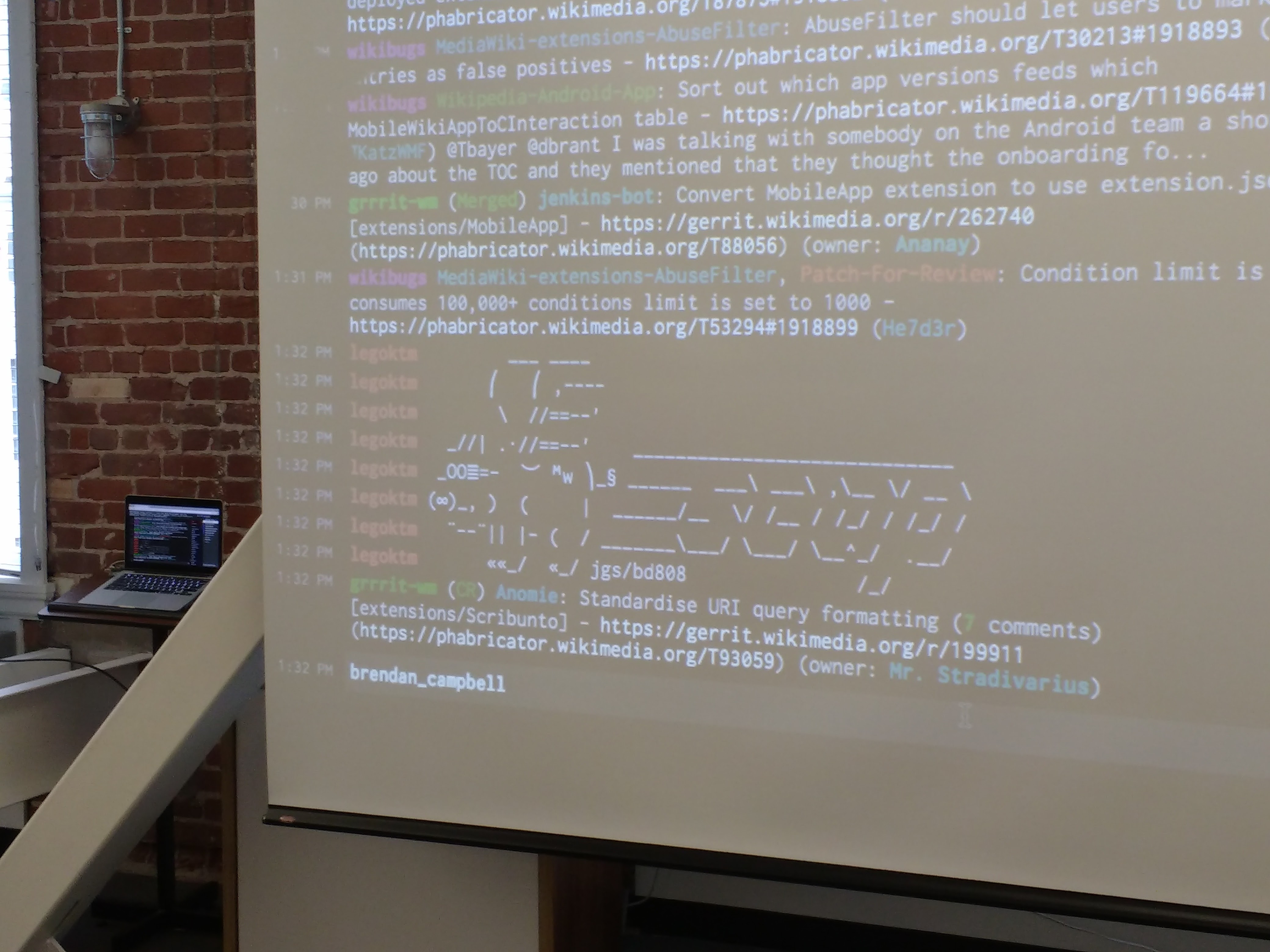