So, biggest turnout at a UK referendum with 72.2%, we have only had 3 though. 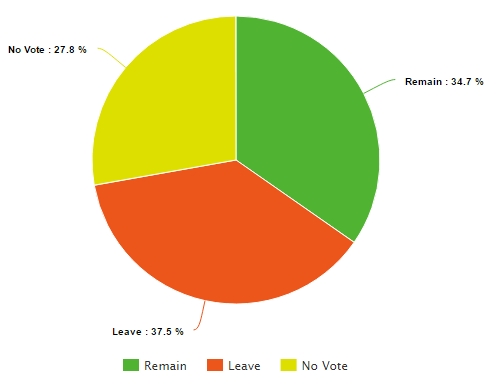 As for comparing the 2 referendums, the vote to join the EEC in 1975 saw 17.3 million vote join with only 8.4 million against.
With the BrExit a similar number (in the scheme of things) wanted to remain with 16.1 but with a whopping 17.4 wishing to leave.

Interestingly the turnout for the referendum to join the European Communities in 1975 and the BrExit referendum both had a higher turnout than any European Union Parliamentary election. The highest turnout for the EUP elections was in 1994 with 49.4%.

Let’s see what happens over the next 5 years!