UPDATE 02/04/2018: Looks like AggregateIQ may have had a contract with Cambridge Analytica, but didn’t disclose it because of an NDA… But all spoilt by a unsecure gitlab instance.  https://nakedsecurity.sophos.com/2018/03/28/cambridge-analyticas-secret-coding-sauce-allegedly-leaked/

Channel 4 report on Brexit and AggregateIQ

AggregateIQ is a digital advertising, web and software development company based in Canada. It is and has always been 100% Canadian owned and operated. AggregateIQ has never been and is not a part of Cambridge Analytica or SCL. Aggregate IQ has never entered into a contract with Cambridge Analytica. Chris Wylie has never been employed by AggregateIQ.
AggregateIQ works in full compliance within all legal and regulatory requirements in all jurisdictions where it operates. It has never knowingly been involved in any illegal activity. All work AggregateIQ does for each client is kept separate from every other client. 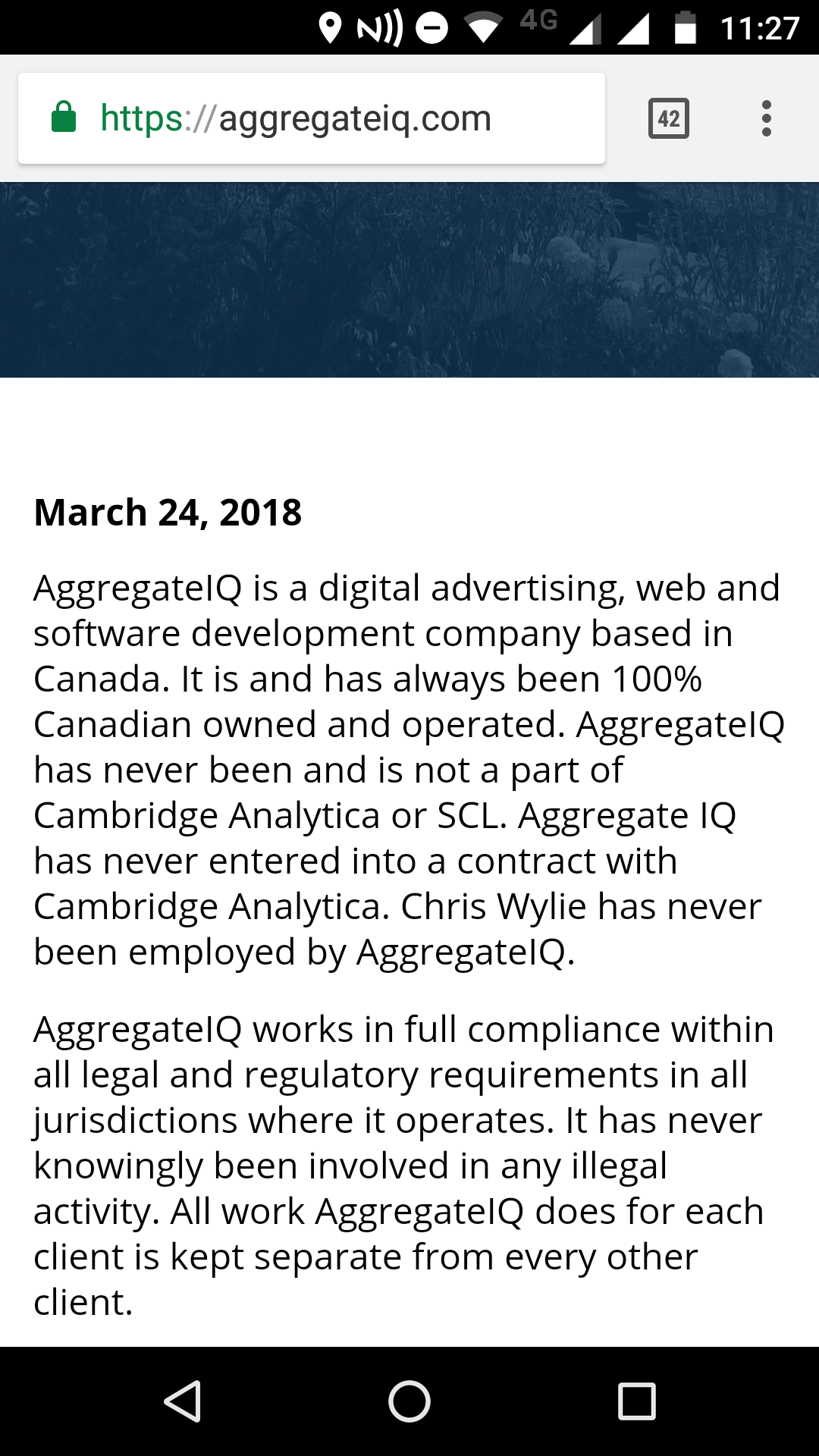